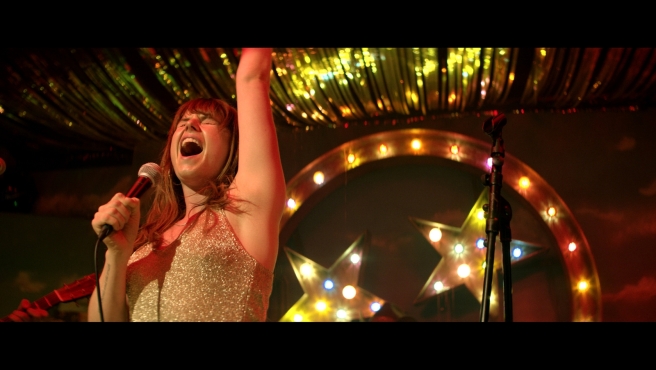 This is definitely a crowd pleaser. As even when it is tough around the edges like it’s main character. It never is as bad as you think it could be. Nor as bad as these types of movies can make it.

This film shows the talent of the star of the film Jesse Buckley. As the film is built around her. As she can obviously act but also highlights her singing. Though while she is the star Julie Walters is also strong and makes her mark. As both their performances help this film feel stronger and more important than simply describing it’s plot might.

The main character continues to make mistakes but also has a heart. Even if at times she comes across selfish but confident. As living your dreams and responsibility can go hand in hand at times. Even if it doesn’t seem so. Though that only seems to be a problem when you are not honest with people and most of all yourself. As then you Just create problems.

The film is just so fun yet dramatic and Buckley’s Performance is so strong you can’t help but fall for her and her character. She has a beautiful voice and the film is set around the growing crowd of country music.

She is helped along by Sophie Okendeo who plays her more fragile employer. She truly is such a precious character in this film. She is truly a great character actress who doesn’t get the respect she deserves. Here she takes a role that could be throwaway and makes her character important with a sweetness that is contagious and unexplained considering her husband in the film.

The film might seem lightweight but at times it gets so heavy from more a character point of view. That while you are cheering the characters along they make mistakes that might make you lose faith a bit in them but you find yourself easily forgiving them.

It also shows how dreams can change due to responsibility but there are still ways in which to chase or live them out on a smaller scale. You just have to have the bravery to try.