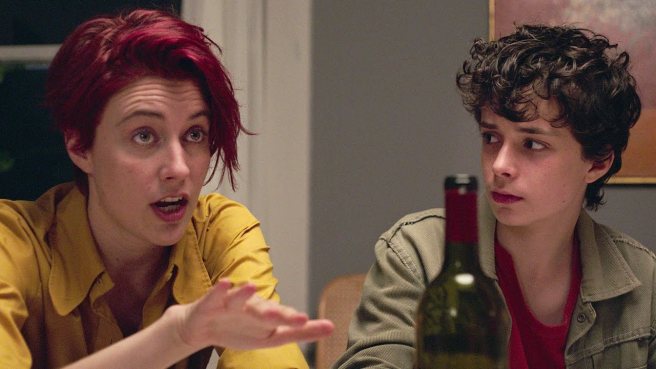 Sometimes there are personal films that feel impenetrable. You can sympathize and try to relate but that doesn’t exactly equal passion and understanding that the writer director has for the story which might mean or explain something to them a certain kind of catharsis but leaves the audience in kind of a lurch they respect the work and can see that it is personal and passionate that does Any men’s they necessarily understand. Cinema can be a kind of explanation or presentation/ which is what this film seems to be and I can’t say that anything is false or untrue. It might be true down to the last fact. My problem with this film it that while obviously nostalgic it also seems a bit too idealistic. There is no real conflict other than some melodrama. This is hardly a warts and all look back and more a memoir. Which I find a bit hard to believe that all the characters had such foresight and that the conflicts resolved themselves so arbitrarily and easily that it is all there is.

Don’t get me wrong, I liked the film very much it is beautifully photographed and you find yourself falling in love with the characters though that’s the problem despite their personal issues and problems. they come off so likeable that you find any problems they had not personal but more forced against them. None of it seems to even be their fault or mistakes.

Annette Bening is marvelous as more a smart hippie mom. That she makes the role look effortless and that is how strong her performance is. This film seems to be more a showcase for her even as the other actors have plenty of moments to shine. She is the den mother you Don’t forget at the center.

This is one of the more impressive performances by Greta Gerwig. As here though she usually brings a dose of reality to her more kooky performances in films that are more studio aimed. This performance feels like a full dramatic character with charms and frustrations. Whose not here to be a savior or preach to the audience

Elle Fanning does fine as the best friend of desire even if her role comes off as a more complex and less annoying version of a similar character i remember Emma Roberts playing in the film LYMELIFE though she does come off as that troubled dream girl who is an ideal the twill never see you the same way you see her as she has too m uh respect for you. Their bedroom exchange when he lays out his feelings works in both ways as their mindstates and point of views are both valid

The film has a strong femanist theme and a positive message showing the strength more of the female characters for once. They take center stage and are impressive. Just as they get to be imperfect but doing the best they can.

Don’t know how some will perceive it with a more female energy coming from a male writer director that could easily be accused of subjugation It’s an open ended challenging work that seems so simple and lite. That is more comfortable while making you feel something a bit more than memories and nostalgia.

Through all the hardships the characters go through. You always get a sense that things will be ok. Not as hard and dire as other films would present. Though we all have our levels and fear the unknown. Here it just seems a bit more comfortable. Which seems to be a common thread with middle class California coming of age films. This would actually be a good companion piece with Greta Gerwig’s directorial debut LADYBIRD.