Debt collector Roy is a heavy-drinking criminal enforcer and mob hitman whose boss set him up in a double-cross scheme. After killing his would-be assassins, Roy discovers Rocky, a young woman being held captive, and reluctantly takes her with him on his escape. Determined to find safety and sanctuary in Galveston, Roy must find a way to stop his boss from pursuing them while trying to outrun the demons from his and Rocky’s pasts.

From the writer of TRUE DETECTIVE based on his novel. It’s just as down and dirty as the show. Only here no mysticism. It does show how certain things affect another. Though this is more a character study of the two leads. Only we seem more from their actions rather than from what they say.

Melanie Laurent the french actress directs this movie. That is grimy yet has a golden sheen around it. Where it seems like the film takes great joy in not only seeing more sides of life.

Trying to give definition and be emphasized as being more real. Seeming to try and give the Film a street quality. Everything including the actions seems dirtier than needed. It definitely has a lived In quality, especially with a cast of unrecognizable actors.

Ben Foster usually is great in whatever he is in and gives another great performance. He Keeps you mesmerized as you watch him. At times, you feel you have him figured out only to surprise you but he always feels natural. Even when he makes decisions that leading characters rarely do.

The film is never happy, it seems like it’s trying to bathe itself In Dirt and unhappiness.

Letting you know nothing will be easy. The world the film creates is cruel with no victories, even so, the tragedy you know will eventually come. Still feels like a gut punch.

A pulp story told through two characters who are thrown together by chance and it seems each step to the way they dig themselves deeper while trying. To keep a low profile. Through this time they bond and grow closer. They have a relationship even if it is not romantic. They form A bond and kind of family.

This is the first truly adult role Elle Fanning has played. As she always seems to work keeping busy. Here she plays a younger character. She feels real and lived in. It never feels like she is coasting and for such a character who hasn’t had a hard life seems a little innocent and happy go lucky.

The film is strong even if at times it does feel like it is trying too hard.

END_OF_DOCUMENT_TOKEN_TO_BE_REPLACED 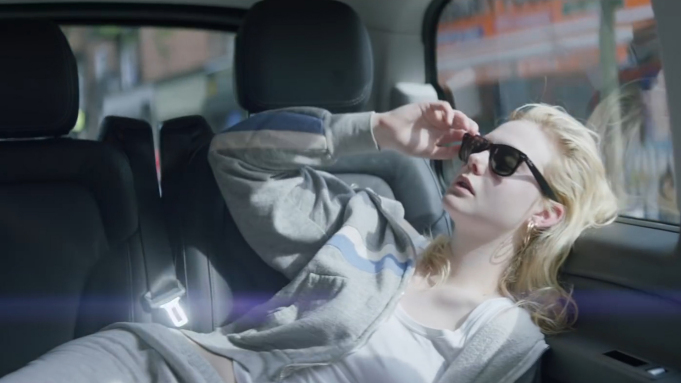 Violet is a shy teenager who dreams of escaping her small town and pursuing her passion to sing. With the help of an unlikely mentor, she enters a local singing competition that will test her integrity, talent and ambition. Driven by a pop-fueled soundtrack, Teen Spirit is a visceral and stylish spin on the Cinderella story.

END_OF_DOCUMENT_TOKEN_TO_BE_REPLACED

Written & Directed By: Sofia Coopola
Based On The Novel By: Thomas Cullinan
Based On the Screenplay by: Grimes Grice & Albert Maltz
Cinematography By: Philippe Le Sourd
Editor: Sarah Flack
Music By: Phoenix

Three years into the senseless American Civil War, in 1864, the dilapidated mansion of Miss Martha Farnsworth’s Seminary for Young Ladies is still running, occupied by the matriarch, a teacher and five students in Spanish moss-draped Virginia. However, when a young student stumbles upon Corporal John McBurney, a wounded Union deserter on the verge of death, the already frail balance of things will be disrupted, as the hesitant headmistress decides to take him in to heal from his injury. Little by little, as the unwelcome guest arouses an uneasy sexual excitation among the women of the secluded boarding school, it is not before long that they will find themselves competing for the alluring man’s favour. Undoubtedly, this handsome devil is a manipulator, nevertheless, will the ladies stay forever beguiled by his charm?

END_OF_DOCUMENT_TOKEN_TO_BE_REPLACED

Suburban London in the late 70s. Under the spell of the Sex Pistols, every teenager in the country wants to be a punk, including our hopeless hero Enn. Hearing the local punk Queen Boadicea is throwing a party, Enn crashes the fun and discovers every horny boy’s dream; gorgeous foreign exchange students. When he meets the enigmatic Zan, it’s lust at first sight. But these girls have come a lot further than America. They are, in fact, aliens from another galaxy, sent to Earth to prepare for a mysterious rite of passage. When the dark secret behind the rite is revealed, our galaxy-crossed lover Enn must turn to Boadicea and her punk followers for help in order to save the alien he loves from certain death. The punks take on the aliens on the streets of London, and neither Enn nor Zan’s universe will ever be the same again.