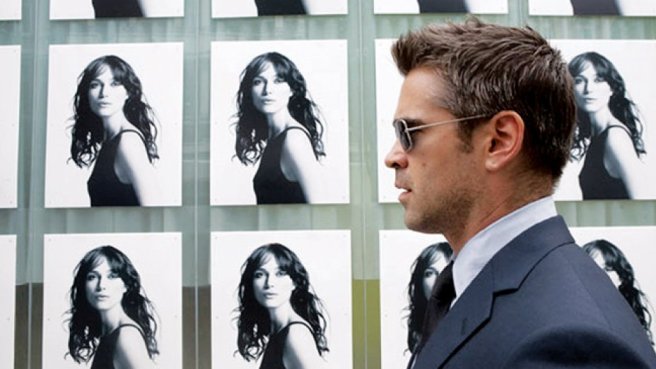 Fresh out of prison, Mitchel wants nothing to do with crime but accepts a kip from Billy, a marginal grafter, and accompanies Billy on rent collection trips. He’s also old school, wanting revenge on two youths for assaulting a mendicant he’s befriended. He’s got a strung-out sister to protect, and he’s offered a job protecting a famous actress from paparazzi. The plot lines join when Michael finds himself attracted to the actress and Billy’s Mob boss, Gant, finds ways to force Michael work for him. He also warns Michael off revenge against the assailants of his friend. What are Michael’s options: is there any way to avoid Gant, protect his sister, and find a path to love?

This film is based on a book. The filmmakers have to stick close to the frame work, but there has to be a way to make the film feel more distinct and not feel like a stale story we have seen so many times before.

Starting with making memorable characters or having an extra bit of style. Like director Guy Ritchie To a degree. A way to make the film have a distinction from other British crime dramas.

Considering the cast, the film should be much better. Ray Winstone and David Thewlis seem to be having fun with their roles. Ben Chaplin finally gets a role where he gets to be loose and dirtier then he has ever been on screen before. Kiera knightly is luminous as a kind do fantasy and damsel in distress.

Ray Winstone’s Character is especially menacing and a first o. Screen as he is the villain but seems to be I. Love with Colin Farrell’s character or at least in lust very openly.

The story is over convoluted. So much so that plot points are brought up way after you may have forgotten them and there is no staging. It feels. It’s like they happen at random. The third act of the film is phenomenal but all the padding you have to go through to get to it doesn’t seem worth it.

Some of the film’s little details. Like how Colin Farrell’s characters sister. How much he loves her but knows she is no good, but towards the end totally all of a sudden believes and trusts her at her word. To keep her out of harms way. One would think he would second guess her and have a plan to keep her safe despite herself. Even warning a nice suitor against her. Even if she is a distracting femme fatale. That he pays and never finds out about her fate in his perfect ending, Is incredibly sad. Anna Friel is really sexy as that troubled sister.

Though it is telling that the one time his character drops the ball and shows weakness he pays for later. Your not sure if a character is going to kill themselves or find for a shootout.

It even goes for an artistic choice in not showing any violent acts at first only showing the aftermath or implied violence. Then in other scenes it seems to forget and show it suddenly to be shocking. Also allowing for the viciousness of the characters and their acts but makes you wonder was it due to budget it a directorial choice. If he had made it. It would have been something that set itself apart.

It’s not a subtle movie. Like In a scene while being chased by paparazzi there is a John Hinkley look alike who stares at Kiera Knightly all the time then as she leaves London stands in the middle of the street behind her car. Nothing really comes of it. Which makes you wonder was that a cut storyline? A reference for book readers.

The constant paparazzi could have been used to push the story along a bit more like they are constantly witnesses to his story and behavior but they are just there on the fringe and never serve as an important part of the story. At least the ending has an impact.