On Halloween in 1963, Michael Myers murdered his sister, Judith. In 1978, he broke out to kill his other sister, Laurie Strode. He killed all of her friends, but she escaped. A few years later, she faked her death so he couldn’t find her. But now, in 1998, Michael has returned and found all the papers he needs to find her. He tracks her down to a private school where she has gone under a new name with her son, John. And now, Laurie must do what she should have done a long time ago and finally decided to hunt down the evil one last time.

The film tries to write a check that it can’t cash. The film seems to try to say this is the Halloween sequel you have been waiting for. We even get Jamie Lee Curtis coming back to reprise her historic role. IT is worth it to see her again. They even brought in the hot screenwriter at the time of SCREAM to write it. Unfortunately, it oddly feels watered down or weak considering what the original 2 films were.

This feels more like a homage that is more teen-friendly. I like the fact that it plays more on scares though only with one victim do we see the chase and the slaughter as most scenes are the chases or surprise appearance then we go to another scene and the discovery of the butchered body. The film does keep the promise of the series with a stark opening. It matched SCREAM with the killing of a star in the opening. The studio sold this film to the audience who never read the fine print. It is directed by Steve Miner director of films such as FRIDAY THE 13TH PART 2 & 3-. No great horror opuses.

The film was started as and idea by Jamie Lee Curtis who wanted to return to the role and work with director John Carpenter again. Carpenter declined but Curtis was still interested in doing the film. Originally the film was supposed to be in continuity with parts 4 -6. Scenes were filmed that acknowledged it until it was better to be a continuation of the original film and its sequel. Kevin Williamson the star screenwriter at the time of Scream and Scream 2 wrote a very detailed treatment that the screenwriters followed the details of closely. It was rumored he actually completed a draft of the screenplay in close collaboration with Jamie lee Curtis. That included a detective role that was to be played by Charles S. Dutton who filmed some scenes but were ultimately cut out of the film.

Janet Leigh makes a return to the silver screen for the first time in 18 years. I’m sure it helped to convince her to return to the screen having her daughter star in the film. This was the first Halloween movie to not involve Dr. Loomis What follows throughout this movie is a sanitized version of a horror movie. With violence only when the film is in danger of getting boring.

This is like a starter horror film for the squeamish. It has plenty of winks and nods to the audience. Jokes without being an intentional comedy or actually funny. The film has plenty of false scares and the relentless Michael Myers pursuit hiding in the shadows. He even displays a bit of carnage. but the film seems more pinpointed. Not really for teenagers, but preteens with some objectionable material. This is also one of the movies that unleashed Josh Hartnett onto an unsuspecting public.

I saw this film in a movie theater on opening night and the woman who was sitting next to me had never seen a horror film before and screamed at even the little stuff. That was scarier than anything in the film. The only reason this movie works is Jamie Lee Curtis’s realistic performance.

I have read the original script and treatment for this film. It could have been worse and Mrs. Curtis decided to do this film supposedly to help end the series. She filmed the ending here and another end which ended up being the beginning of the next film of the series. I believe she just wanted out once and for all. Either way Her killing of him, or him killing her. It’s a shame at the end of an iconic female character.

I like that at times the film tries to go more psychologically by having Curtis’s character have visions of him that she doesn’t know if they are from her drinking or just hallucinating from the time of year around Halloween which she seems to still constantly have.

They set the location at a school but have everyone go away on a trip so that there are only a few people around left to be slaughtered. Instead of a grand blood bath. The confrontation scene between the two is pretty big and monumental as a fan of the films. Too bad the film falters and doesn’t support it.

The film seems like a studio tried to mix everything that was successful in the films at that point and put it into this film. Even if it had no reason to be there just mash it up. Of course, they advertised this as the final film. They lied.

So it feels like an insult even though we all suspected it. In this series of movies we all know that they are more supernatural than anything else with this maniacal killer who can’t die, but then to supposedly kill the character off so easily in the end and make us believe it is insulting as is the sequel which takes twists and turns when all along the series has seemed to be focused on Michael Myers going after and killing his family members and murdering anyone who gets in his way.

Though no answer is given to what happens after he achieves the goal or why. It is assumed he will be at peace. I just wonder then will he kill himself or go after distant relatives. Does he do investigations like a detective though his appearance will be sure to scare those in places where he can get paperwork and he has no interview technique to get testimonies. Does he have like a spidey sense to know where all his relatives are. 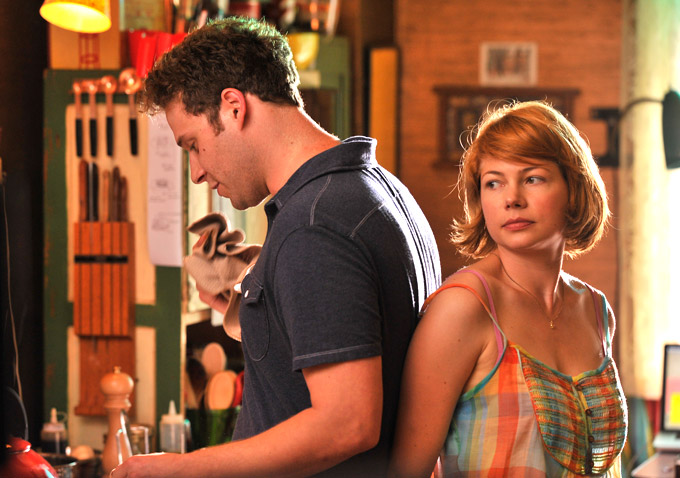 A happily married woman falls for the artist who lives across the street.

END_OF_DOCUMENT_TOKEN_TO_BE_REPLACED

Written, Edited & Directed By: Kelly Reichardt
Based on Stories By: Malie Meloy
Cinematography By: Christopher Blauvelt

Certain Women drops us into a handful of intersecting lives across Montana. A lawyer tries to defuse a hostage situation and calm her disgruntled client, who feels slighted by a workers’ compensation settlement. A married couple breaks ground on a new home but exposes marital fissures when they try to persuade an elderly man to sell his stockpile of sandstone. A ranch hand forms an attachment to a young lawyer, who inadvertently finds herself teaching a twice-weekly adult education class, four hours from her home.

END_OF_DOCUMENT_TOKEN_TO_BE_REPLACED 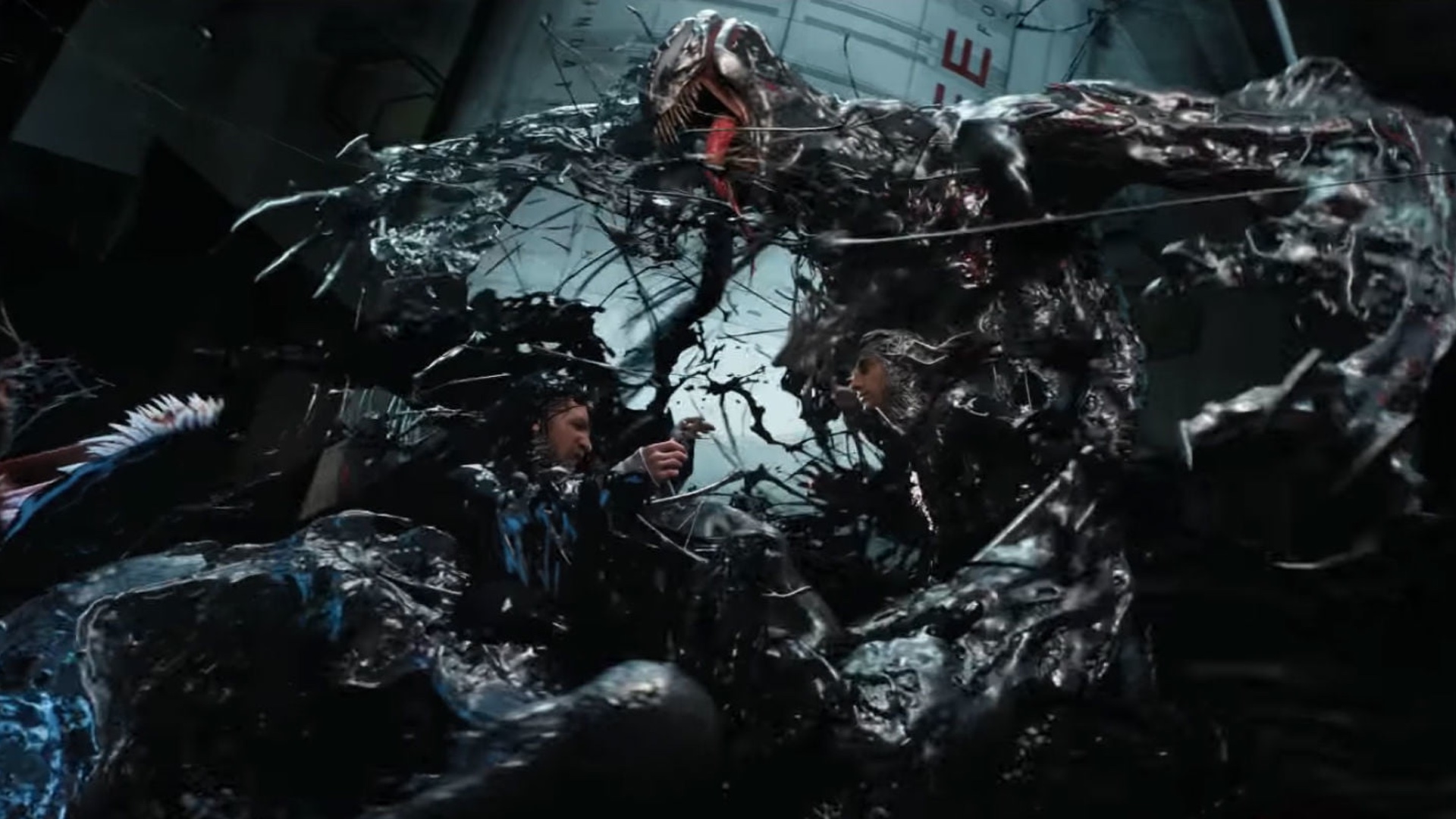 When Eddie Brock acquires the powers of a symbiote, he will have to release his alter-ego “Venom” to save his life.