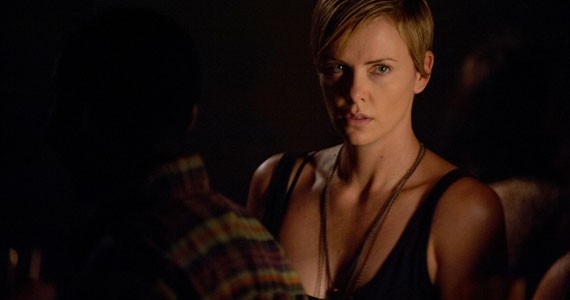 Libby Day was only eight years old when her family was brutally murdered in their rural Kansas farmhouse. Almost thirty years later, she agrees to revisit the crime and uncovers the wrenching truths that led up to that tragic night.

Based on a the novel of Gillian Flynn of the same name.

When reading this review please keep in mind that I saw this after having read the book that is it’s source material.

This film seems to be more of a reference guide of the book rather then an adaptation. As I wish I could say that it was a greatest hits version, but send to lack some of the scenes that really defined and made the books so special in the first place.

More of a portrait then a picture

The film seems to speed along from major points and moods from the book and give them out briefly and quickly before you have a chance to really learn them. So that as a mystery it moves rather fast choosing to more reveal it’s elements time to time. Rather then develop mood and character. So that makes us in the audience care less and really have few of any stakes in what is happening on screen.

I can see why the film skipped theaters as it has a good cast. It is competently filmed, but the film has no style and leaves no impression. It just seem to happen.

Even at times when there should be shocks or even reveals to disgust and really dog is deep into this world, even the scene or character. The director chooses to have the camera focus on various objects or pieces of bodies. Letting us use our imaginations as to what is going on and never focusing on anything. Believing out imaginations will come up with much worse or better then what could have been filmed.

The film seems more like more of a game of dress up more then anything for the cast and especially in the flashbacks. As there is so much obvious wigs and fake facial hair.

Charlize Theron seems more like a place holder rather than a lead character. She goes through the motions needed and comes off as strong. Though the films usually lets her down. The film doesn’t even seem to acknowledge the characters deformity. Amy Adams was originally cast in the lead role during development but when the project was green-lit, Adams was unavailable and Charlize Theron was cast instead. It might be the rare time where I feel Amy Adams might have been the better choice for the role.

Christina Hendricks was originally cast as Krissi Cates, while Samantha Morton was cast as Patty Day. When Morton dropped out just prior to filming, Hendricks took on the role of Patty, and Drea de Matteo assumed the role of Krissi.

The film seems to lack any element of surprise as even most of the characters fall into more one dimensional vessels rather than three dimensional characters.

This film truly shows that it is all about presentation when it comes to stories. As in the book there are details and scenes that really further the material and makes the story Riveting. Here it is given short shrift and the harder edges of the character go missing or are removed completely. That make some of the story elements seem more far-fetched then They should. Never for instance getting into the depth of satanism and the atmosphere or fear at the time in the 80’s of it. Here it seems to be just a random tidbit. Part of some teenage rebellion.

In the book the character becomes more like a detective. Each person she meets illuminates more of the story. Filling in another piece of the puzzle. But in the film it eliminates that character as a suspect. In the book it still provides a motive and opportunity for them to remain a suspect.

The film strangely after we get the suspects initial stories. It also goes onto show details that the character couldn’t have known or told. Then never makes it clear if Theron’s character now knows this information or is it a total flash all done to inform us in the audience only.

Also the director chooses to edit certain scenes with cutaways and flashbacks that become distracting, disorienting and annoying to a degree. Like they are trying to impress the audience. Though what they are doing makes no sense nor does it enhance the scene or story not help it move forward or be more understandable.

The main characters mother played by Christina Hendricks, really is the heart of the story. She is a model of strength, independence and emotions. Who seems a victim of bad luck, choices and circumstances. She is the films ultimate victim that just seems cruel. Here we are more or less given flashes of her character. It’s a role that ultimately feels underwritten and just seems more interested he mean side when dealing with her character.

This film feels like a film that should be more in the style of films like 8MM and THE GAME. That is more of a dark hearted mystery. Though here more rural.

The film seems to think that hints and glimpses equals a full story, but Just as it cuts away and wants us to imagine a bunch of the action in scenes. It seems to want us to do the same with the story. Now while I don’t mind putting puzzles together. The more details offered helps. So that it can be figured out.

This is a good story and in the right hands this could have been a memorable thriller it even a great film. Just as David Fincher managed to do with Gillian Flynn’s other novel GONE GIRL. Introducing elements that were in the book Hidden and secretive, while managing to add his own subtlety and cinematically. Here it seems like the director either lacked the skills or just hacked pieces to the film and only read it at face value.

I wonder if the production didn’t have the funds to support some of the elements of the story and that is why we get more glimpses rather then details.

By the end for as bad as this movie is. It actually moves rather briskly in it’s inflated running time. So at least It solves the mystery before it really asks you to delve In deeply.

The story is here but for something that initially is so rich it comes the film comes off bland and more of a pot boiler then an intricate mystery. That is the result of a tragedy. That seems to want to shock by using some of the more hysterical elements. Though doesn’t show any effort nor does it illustrate the story. Which ends up leaving the film messy and unengaging.

This was a film I was looking forward to considering the cast and the book. It just seems like an elegant mess. What is worse then it being bad, is the fact that it is utterly forgettable, Especially as the book was so good