Written & Directed By: Dan Rush
Based on the Short Story “Why Don’t You Dance” By: Raymond Carver
Cinematography By: Michael Barrett
Editor: Sandra Adair

After Nick is fired from his sales job, mostly because of his penchant for alcohol, he comes home and finds that his wife has kicked him and all of his stuff out of the house and onto the front lawn. He is pretty intent on just sitting in his chair, drinking beer, on the lawn. His cop friend, Frank Garcia, thinks he should at least pretend to have a yard sale to make it legal. He slowly starts making friends with a neighborhood kid who needs something to do, and a pregnant wife who has just moved in across the street, and Nick finds himself moving on and selling all his stuff.

END_OF_DOCUMENT_TOKEN_TO_BE_REPLACED

The movie was inspired by the story of Leo Sharp, a World War II veteran in his 80s who became the world’s oldest and most prolific drug mule for the Sinaloa Cartel.

END_OF_DOCUMENT_TOKEN_TO_BE_REPLACED 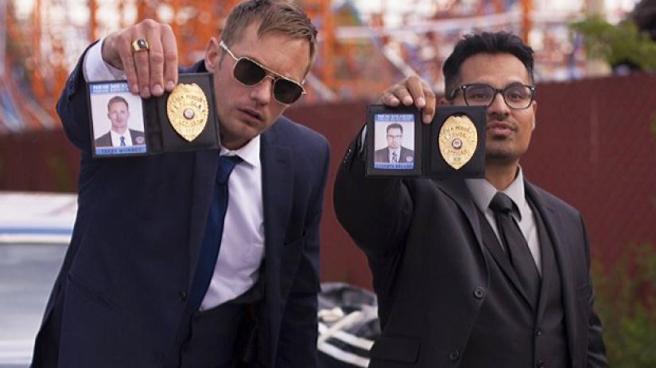 Two corrupt cops set out to blackmail and frame every criminal unfortunate enough to cross their path. Events, however, are complicated by the arrival of someone who appears to be even more dangerous than they are.

END_OF_DOCUMENT_TOKEN_TO_BE_REPLACED

Directed By: Ruben Fleischer
Written By: Will Beall
Based On The Book By: Paul Lieberman
Cinematography By: Dion Beebe
Editor: Alan Baumgarten & James Herbert

It’s 1949 Los Angeles, and gangster Mickey Cohen has moved in, with the intention of controlling all criminal activity in the city. He has bought local judges and police, and no one is willing to cross him or testify against him. Everyone except Seargant John O’Mara, a former World War II soldier, whose goal is to settle with his family in a peaceful Los Angeles. Police Chief William Parker decides to form a special unit whose mission is to take down Cohen, and chooses O’Mara to lead the unit. O’Mara chooses 4 cops and asks another cop and vet, Jerry Wooters to join him but Wooters is not interested. But when he witnesses the murder of a young boy by Cohen’s people, he joins them, and they decide to take apart Cohen’s organization. Cohen wonders if a rival is going after him, but eventually he realizes it’s the cops.