A young female Mexican worker, Dani Ramos, is hunted down by a virtually indestructible terminator from the future called a REV-9. However, she is protected by an enhanced human named Grace who is also from the future. They flee from the unstoppable terminator and, out of the blue, Sarah Connor helps them on the road. All three head to Laredo, Texas, where Grace has the coordinates of possible support and where they meet a T-800 who is living in an isolated location with his family. The group teams up to try to destroy the REV-9.

When it comes to this franchise. We are back at the well. Which once again feels I needed but does provide impressive action sequences and special effects throughout.

This film doesn’t have as much star power as the recent additions. It seems that is what the filmmakers choose to emphasize.

Though this sequel does add some diversity. You can’t help but wonder if it more of a marketing decision. Rather than a natural addition of more people of color.

While this is a welcome return for Linda Hamilton’s character to the franchise and being more female-oriented in the middle of the action, Then in films past.

For a film that is over two hours, the film starts off the action pretty quickly.

As this is a franchise they keep trying to continue. It reminds one of the line from MEAN GIRLS “Stop Trying to make fetch happen” especially if no one is requesting more of these movies. Instead of creating its own mythology of different timelines that makes the series feel like a choose your own adventure story. Depending on when you came into the franchise. Though the first film and T2 seem to be holy scripture for the franchise.

At least this time as usual they try a new film only after it seems special effects technology has been updated. Unlike a few of the sequels especially the last 2 and the third film. It feels like after the third film it’s the same book or tale rewritten by a different author.

This story Could easily be seen as a metaphor for an attack on women’s reproduction. Though not the government. As the main character is targeted for bringing up/birthing a child though the sides are changed with the villains wanting the child aborted.

Maybe it lasts as though it is an action film with some scientific elements. It works as a slasher film of sorts with a recurring final girl. Always on the run against an impossible assailant who will kill anything in its path. Just to terminate one person. We watch just to see how it will happen and the kills involved. Though usually see them coming. There is usually the element of surprise which also brings in an element of horror.

Especially with this fin as the body count rises with efficiency. It feels more violent as gorier as most of the deaths are by impalement.

Though at least this sequel feels less monotonous and more entertaining. Even with a lot less humor until Arnold Schwarzenegger shows up. As he always does. These films usually somehow also involving Arnold Schwartzenegger’s terminator in some form. Only one of the sequels didn’t have his total involvement.

So his appearance here is not shocking. This also relies a lot less on John Connor. As he is iconic in the role of the terminator. These films will always rise and fall with his involvement not giving credit to the lesser sequels weakens the better ones. This is the one that should have come after the second or third film.

This is where all of the budgets went as scenes outside of it come off small scale. Simple but also feels the most relatable.

The film also seems like the simplest out of all the films in the franchise. All the films feel epic in scope. Though This one seems to focus more on the action sequences. So that there already less questions about the plot and the story.

It still seems to have all the central roles. Only here they are all mostly switched to female characters. Who seem to serve the same purpose as when it was male characters.

This film Still feels like a bit much. Though at least while trying to impress you. It makes its Mark. It gives you a lot for your investment. That is its own reboot though as we are all familiar it doesn’t feel as fresh or advanced. 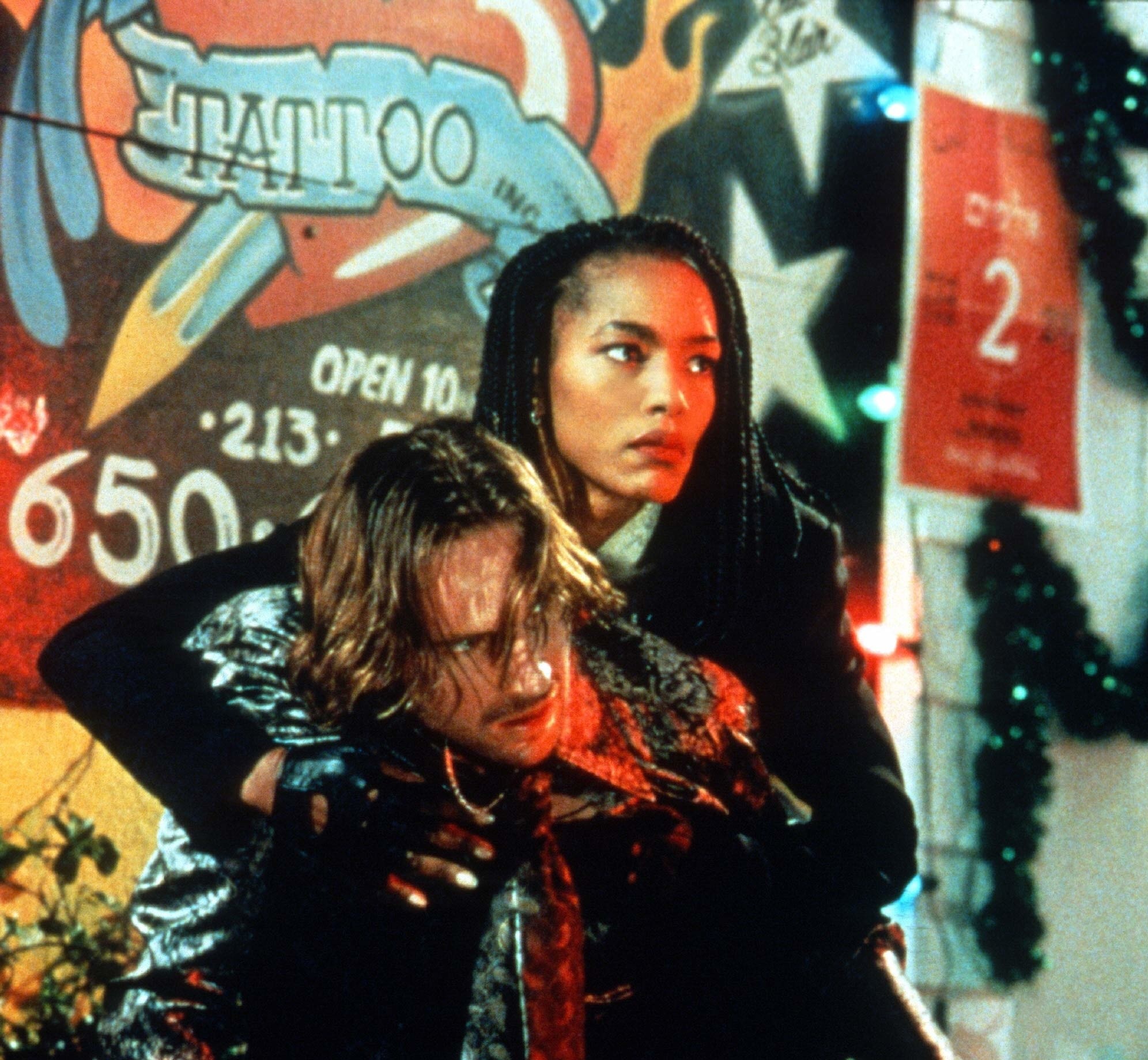 A former cop turned street-hustler accidentally uncovers a conspiracy in Los Angeles in 1999.

END_OF_DOCUMENT_TOKEN_TO_BE_REPLACED

The continuing saga of humanity’s war with the machines who are led by Skynet the artificial intelligence that decided that humanity needs to be eradicated. John Connor, the one leading the human rebels against Skynet, has a plan to attack Skynet but decides not to take part in it and opts instead to prevent Skynet from implementing it’s contingency plan