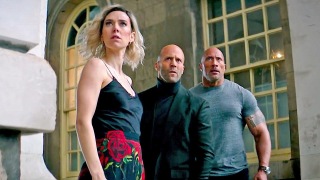 Lawman Luke Hobbs and outcast Deckard Shaw form an unlikely alliance when a cyber-genetically enhanced villain threatens the future of humanity. This film is a spinoff for the most popular characters from the series who started off as villains and then became fan favorite heroes.