When he finds out that his work superiors host a dinner celebrating the idiocy of their guests, a rising executive questions it when he’s invited, just as he befriends a man who would be the perfect guest.

While I quite enjoyed the french original it was smaller scale and crueler. Limited in its locations and hijinks.

As Well the lead was less likable and by the end, all that happens seemed more like a well-deserved comeuppance. Though after a while you Could feel his pain

This American remake is opened up more to allow more characters and situations. That makes the film feel more Bloated than it needs to be.

The film has a talented comedic cast, who all seem to go over the top and try way too hard to make the material work when not needed and steal the movie. It doesn’t feel so much as fun and entertaining. With each trying to top one another in a game of one up man ship that it feels grand in its upper-crust air. Though proves that some bits and pieces are good enough. Which is a shame because the cast is pretty solid.

Steve Carrell feels too familiar with this role in THE OFFICE of being innocently annoying and stupid more silly here and bigger. While He is one of the stars he keeps getting scenes stolen from him by co-Stars.

Steve Carell does what he is supposed to do and can be a chameleon usually in roles you would never believe he would be cast in, but here he never quite makes a mark to pass into an original or a classic.

The film certainly lacks any subtlety. The film still wants the main stars to be likable. So the film opens up the story for more hijinks. As well as padding out the cast and a third act showdown. Whereas the original could have been a theatrical stage piece.

One can give credit for opening up the Story but each new location most feels like a set up where you know things are going to go wrong.

The film isn’t As snobbish or highbrow as this seems more broadly humored.

Yet again though this is a remake made for now original the foreign language one was and other than it’s the Main point most is changed around for a more mainstream appeal that subtracts what made it so special in the first place. It’s never a good place to be, because if you follow too closely then it’s like the film

LET ME IN practically the same shots with different actors and in English with minor changes. Where you might as well watch the original as everything is pretty much the same. You just won’t recognize the cast and will have to read subtitles.

Based On An Original Idea By: Nick Frost

1987: A 13 year old natural born dancer with fire in his heels and snakes in his hips is working himself up to explode all over the UK Junior Salsa Championships. But then: a freakish bullying incident on the mean streets of London robs him of his confidence, and our young hero finds his life diverted down a very different path. So it is that 22 years later, an adult Bruce Garrett finds himself out-of-shape and unloved – trapped in a downward spiral of self-pity, repression and Nando’s take-outs. Only Julia, his smart, funny, gorgeous new American boss, gives him reason to live. But she’s untouchable. Out of his league, so he imagines, with her perfect smile and perfect life. Unknown to Bruce however, Julia has issues all of her own. Luckily for him, she also has a secret passion. Then there’s Drew, his alpha male colleague and horny king-monkey of the office. With Drew making no secret of his desire to get (his words) “all up inside Julia”, Bruce is forced into action. And thus, Bruce is once again brought face-to-face with the darkest and most powerful of his inner demons. Somehow, someway, and with a lot of hand-holding from loyal sister Sam Bruce must learn how to unshackle his dancing beast, regain his long lost fury and claim the love of his life…and he’s going to do it all On The Dance Floor…

END_OF_DOCUMENT_TOKEN_TO_BE_REPLACED 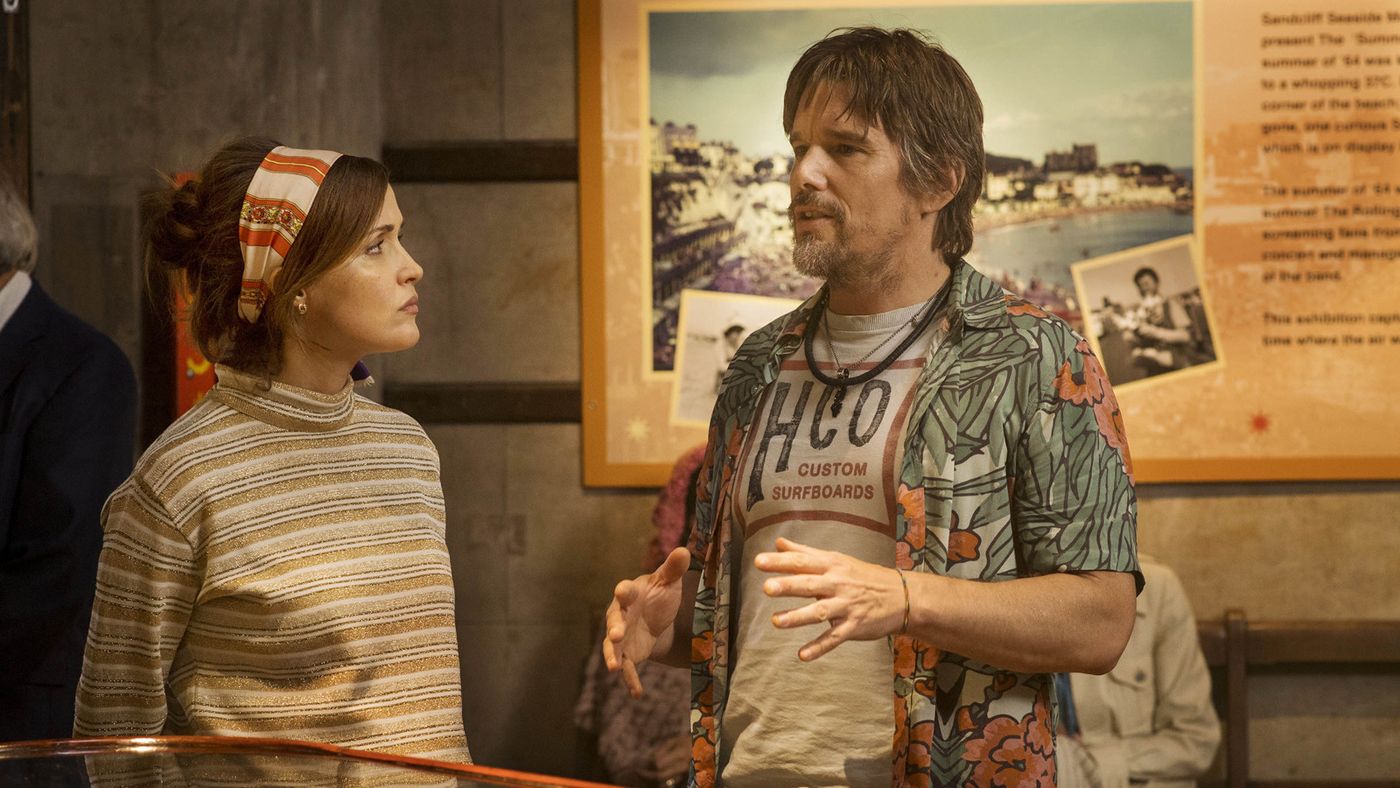 Annie is stuck in a long-term relationship with Duncan – an obsessive fan of obscure rocker Tucker Crowe. When the acoustic demo of Tucker’s hit record from 25 years ago surfaces, its release leads to a life-changing encounter with the elusive rocker himself. Based on the novel by Nick Hornby, JULIET, NAKED is a comic account of life’s second chances.