While on vacation on the Nile, Hercule Poirot must investigate the murder of a young heiress.

This film was postponed for release due to the pandemic and having a troubled cast member. That was meant to be released theatrically because of the big-name cast. Though quietly released onto streaming. While it has the beauty to be a more theatrical release, by the end it feels more compact and like a television movie with grand ambitions.

This feels like the British version of the movie. As most of the cast is more British stars and recognizable actors. Maybe it helps the film be more acceptable for a foreign audience.

As it lacks the star power of Kenneth Branagh’s previous Agatha Christie novel brought to film MURDER ON THE ORIENT EXPRESS. While he directs and stars a detective Hercule Poirot is seemingly on vacation and brought into another murder mystery.

This film is much darker in spirit than the previous film. Which although had a murder plot came off a little more lightweight and his performance was more comedic and fun. In this film, it is much more dramatic. As it feels more personal for the main character. This leaves Branagh’s Performance much more melodramatic. Even if the rest of the motivations feel a little looser.

As this film cuts closer to his character’s heart as we learn more about his past and he is much closer to the characters and one of the victims.

The film feels too long and it takes almost 45 minutes before the initial death comes to pass. Where there is a lot of build-ups and setting up animosity and motives for various characters. Even though it seems obvious from the early part of the film who the killer is.

So that it feels like we are not really waiting for who did it, but more how and why.

The relationships throughout don’t seem very romantic or warm. Yet we are told how much they care about one another. Some of the castings seem more like a stunt. Like having comedic duo Dawn French and Jennifer Saunders in the film and giving them nothing comedic to work with or having Russell Brand play a more dramatic role. Which he does well and without his long hair you barely recognize him.

The film feels like it had a much lower budget to work with. As it seems to be a much smaller story and more limited in locations. It also seems a little less glamorous than the first film.  So it goes the opposite direction of most sequels.

Though still beautifully filmed. Including a shot that showcases most of the cast In one shot that is obviously more for the trailer to show off.

The film is a good time waster. As it is mostly entertaining as it goes along. Even though it is predictable.

Based On The Book Written By: Andre Aciman

In Northern Italy in 1983, seventeen year-old Elio begins a relationship with visiting Oliver, his father’s research assistant, with whom he bonds over his emerging sexuality, their Jewish heritage, and the beguiling Italian landscape. I am not the biggest fan of director Luca Guadagnino as it is obvious he has talent but I have never exactly been a fan of his previous films. Visually lucious but the stories and plots left a lot to be desired. Here he seems to have found the right material because here he and his style definitely come through loud and clear.

END_OF_DOCUMENT_TOKEN_TO_BE_REPLACED

Set in Boston in 1978, a meeting in a deserted warehouse between two gangs turns into a shootout and a game of survival.

END_OF_DOCUMENT_TOKEN_TO_BE_REPLACED 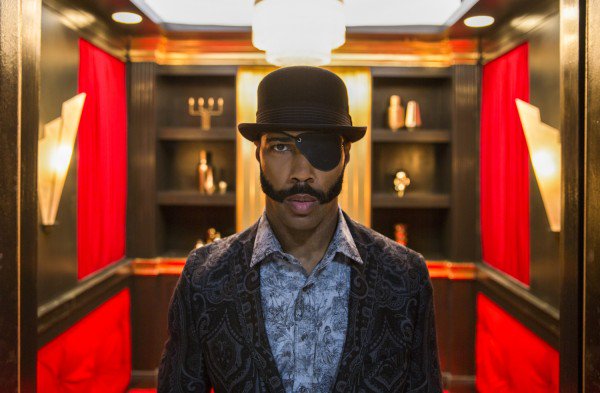 In an alternate present-day version of Oakland, telemarketer Cassius Green discovers a magical key to professional success, propelling him into a universe of greed.